Infinity Blade Wiki
Register
Don't have an account?
Sign In
Advertisement
in: Enemies, Deathless, Enemies in Infinity Blade I,
and 6 more

The Deathless are a biologically-engineered immortal species that inhabit the world of Infinity Blade. A Deathless can be physically humanoid, like Siris, or a different creature, like Gortoel. Deathless individuals possess the ability to transfer their QIPs, or souls, into new bodies when they die. Some Deathless are known to maintain Rebirth Chambers where they can be reborn after death. However, three ways to kill Deathless permanently have been revealed, such as a fatal strike from the activated Infinity Blade, "QIP destabilization", an example of which is shown by the Worker of Secrets in Infinity Blade II, or destroying every available body and Rebirth Chamber, as the Worker of Secrets explains to Raidriar in the beginning of Infinity Blade III.

There are several Deathless factions. Thane, for example, is a part of House Ix, one of the Deathless Houses. Raidriar operates another faction known as the Pantheon.

Not much is known about the history of the Deathless, though it is evident through the use of holographic projectors and "deadmind" computer systems that the Deathless come from a time and place with very advanced technology. In Infinity Blade: Awakening, it is noted that, thousands of years ago, the Deathless used "armor that worked like a machine". The Deathless now use simpler armor so that battles are based on skill rather than technology.[1]

In Infinity Blade: Redemption, it is revealed that Galath did in fact create the Deathless from employees in his multilevel company. He uses biological engineering to modify their QIPs and bodies, as shown as when he turns Uriel's son Jori, currently known as Raidriar, into a Deathless.

They are immortal—truly immortal. They need neither food nor water to live. They do not age, and their bodies heal if wounded. Chop them to pieces, and their soul will seek out a new receptacle to be reborn.

Deathless individuals do not age, possess greatly enhanced healing capabilities and physical attributes, and can survive without typically life-sustaining air, water, or food.[1] They do, however, need to excrete waste if they consume, as shown in Infinity Blade: Awakening, when Siris finds the silver toilet of the God King. The only confirmed ways of killing Deathless are through the use of the activated Infinity Weapons, Q.I.P. destabilization, which has only been demonstrated by the Worker of Secrets so far, or killing them and denying them a body to return to.

Despite the supported claim that Deathless do not age, it is stated in Infinity Blade: Awakening that Ausar was reborn into a child's body multiple times, eventually to reach manhood and fighting the God King. It is also stated by TEL that Ausar once grew old and had children, one of which was Archarin. Either this is an inconsistency in the novel, the Deathless must take extra unmentioned measures to avoid aging, or it is possible that TEL could cause Ausar to age to a point.

It seems that Deathless individuals possess greatly enhanced agility and prowess. One ability unique to Deathless is the practice of "the Patterns of True Swordsmanship", designed to eliminate multiple opponents in a short amount of time. In Infinity Blade I and II, Raidriar can be seen leaping great distances. Also, Siris can safely drop from the bridge leading to the Stone Demon, a height that would kill or severely disable a normal human, and in Infinity Blade III, he was dropped by Ba'el from a few hundred meters high, and not only survived, but was able to still attack her.

It is known that a mortal can become Deathless, though it is not known if all Deathless were once mortals. The child of a Deathless can steal his or her parents' immortality, which makes many Deathless wary of reproduction. The God King himself was once a mortal known as Jori, until he died and his father, Uriel, pleaded with Galath to save him. Galath complied, thus transforming him into a Deathless. 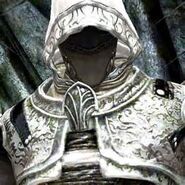 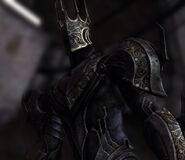